Dedicated to Protecting Your Freedom 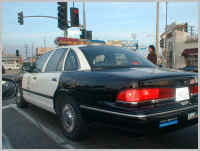 It is common to hear people give advice regarding how to act when they encounter the police.  Often, the advice is something along the lines of “don’t say anything at all.”  But, is this actually sound legal advice?  The answer is quite definitely, “No.”  Your failure to respond to police questioning can and will be used against you, according the recent decision by the Supreme Court of the United States in Salinas v. Texas.

In Salinas, the defendant voluntarily accompanied the police back the stationhouse for questioning about a murder.  The defendant was not in “custody” and was free to leave at any time he desired.  The defendant initially answered all of the detectives’ questions.  However, upon being asked whether the ballistics results from the shell casings recovered from the crime scene would match his weapon, the defendant said nothing in response.  Instead of saying, “I invoke my Fifth Amendment right to remain silent,” the defendant simply looked down at the floor and acted nervously.  The prosecutors later argued to the jury that the defendant’s silence and demeanor was evidence of his guilt.  After all, if you were asked that question as an innocent man, wouldn’t you have said something?

The jury ultimately convicted the defendant and he subsequently appealed the case all the way to the Supreme Court, arguing that the admission of this evidence at his trial violated his Fifth Amendment right to be free from providing testimony that may incriminate him.

So why did the Supreme Court rule that it was constitutional for the prosecutor to present this evidence at trial and argue its relevance to the jury?  The reason is that a person being questioned by law enforcement must affirmatively and unambiguously assert his Fifth Amendment right remain silent (the privilege against self-incrimination).  Oddly enough, and contrary to commonsense, simply remaining silent is not enough to invoke your right to remain silent in the face of police questioning.  Instead, the suspect must state something that unequivocally announces that he is refusing to answer questions and is asserting his Fifth Amendment privilege against self-incrimination.  If the suspect fails to affirmatively invoke his constitutional right against self-incrimination, he has waived the right and the state is free to introduce evidence of his silence at his trial.

Moreover, the “invocation rule” applies whether or not the suspect is in custody.  In fact, the defendant Salinas was not in custody and, therefore, police were not required to provide the well-known Miranda warnings to him at any time.  The Salinas decision was based in part on the Supreme Court’s 2010 decision in Berghuis v. Thompkins, in which the court ruled the defendant had waived his constitutional right, after having been provided his Miranda warnings, by remaining silent for more than two consecutive hours in response to persistent police questioning.  When he ultimately made incriminating statements to the police after breaking his prolonged silence, he did so at his own peril and without any constitutional protections.

However, the Salinas case presented a somewhat different factual scenario than Berghuis, as the dissent in Salinas correctly points out:  In Berghuis, the state introduced incriminating statements made by the defendant after he failed to properly assert his privilege (i.e. by only remaining silent); in significant contrast, the prosecutors in Salinas sought to introduce the defendant’s actual silence as evidence of guilt.  Nonetheless, a plurality of the court determined that this distinction did not warrant a different outcome than in Berghuis.  Therefore, failure to invoke the right to remain silent means that both statements made after silence while in custody, as well as the actual silence if you are not in custody, are admissible at trial.  It should be noted, that if you are in custody and simply remain silent, that silence may not be introduced into evidence – only statements made after silence.  However, this is a distinction that is important, yet probably difficult for most citizens to apply in practice.

In short, it is best not to say anything incriminating to the police, no matter how pressured you feel to do so.  However, you should not simply remain silent.  Instead, you should say only one line to the police: “I am refusing to answer your questions and I am invoking my Fifth Amendment privilege against self-incrimination.”  That should sufficiently protect your ability to remain silent whether you are in custody or out of custody and whether or not you have been provided Miranda warnings.